Understanding demand for songbirds in Java

Back in February I attended the Asian Songbird Crisis Summit in Singapore, as a prospective PhD student soon to begin working under the supervision of Stu, Nigel Collar (Birdlife), Andy Moss (Chester Zoo), and Alex Lees (MMU). My research is being funded by Chester Zoo and MMU, and will be a collaboration between the aforementioned institutions, Burung Indonesia (the BirdLife partner in Indonesia), and Universitas Atma Jaya Yogyakarta.

South-East Asia is currently facing an avian extinction crisis driven by a huge volume of domestic and international trade in wild birds (Nijman, 2010; Eaton et al., 2015). Indonesia in particular, is considered a central hub for trade, typified by recent evidence demonstrating how domestic trade is driving major population declines in wild birds in Sumatra (Harris et al., 2016). Moreover, trade is considered a significant threat to at least 28 globally threatened species with a range that includes Indonesia (Eaton et al., 2015). As with many conservation issues, the full consequences of this crisis for biodiversity and ecosystem services remain poorly understood. My research is therefore aimed at understanding the characteristics of demand for songbirds, and using this information to investigate and identify measures that will reduce the impact on wild bird populations and improve sustainability of the industry.


Bird-keeping in Indonesia is no recent phenomenon, keeping a bird in a cage is one of the five traditional symbols of Javanese knight (known as Kukila), and has been apparent for centuries. However, in the last 20-30 years there has been an explosion in popularity of singing competitions, whereby hobbyists come together and let their birds sing under the watchful eyes of judges, who rate birdsong on a number of different aspects. Since the turn of the century there has been a reduction in the number of birds imported into Indonesia (due to avian influenza), consequently native species from across the archipelago are being targeted to supply demand and some have already started disappearing from their native ranges. As species have become scarcer within Indonesia there is a growing number of people dedicating themselves to breeding birds commercially, however, evidence is inconclusive as to whether captive breeding is in fact reducing the impact (of the trade) on wild bird populations (Eaton et al., 2015; Burivalova et al., 2017). The shifting context of bird-keeping (from Kukila to singing competitions) demonstrates the complexity of demand, and how the biological impact is tied to changes in the cultural, political, and economic contexts. Indeed, not only is bird-keeping important culturally, economically the industry is worth around $80 million a year.

We have developed a survey to gather data on the bird-keeping habits of respondents, alongside their perceptions and beliefs relating to bird-keeping, such as how many, and what types of birds they own, why they keep birds, and whether they see a connection between their birds and wild populations. The surveys will be administered by a team of students from Indonesia and myself. We have chosen study sites (using stratified sampling techniques) to capture an equal share of urban and rural settings within each administrative region in Java. Previous work on this topic has mainly focused on urban populations of bird-keepers, however by including rural localities we hope to uncover a more nuanced understanding of demand across Java.


Due to the prevalence of songbird contests across Java, any examination of songbird demand should at some point turn its attention specifically to the numerous hobbyists who take part in, or attend these bi-weekly events. To gain a better understanding of the mindset and culture of hobbyists, in-depth interviews will be used to gather data on their behaviour, and attitudes towards the environment and sustainability. The qualitative methods used will allow a deeper understanding of the situation in Java, and allow a more personal exploration of why keeping and competing songbirds is so widespread. The keeping of birds, just like other hobbies or obsessions is both influenced by our nature and culture, and can even affect society, as this story from the Jakarta Post demonstrates.


Another dimension to the situation is that as the sale of birds in markets appears to have decreased in recent years (in part thanks to work by NGOs exposing illegal trade), and it is now becoming easier to buy wildlife on the internet. Trade now happens over social media, which isn’t surprising considering Indonesia has one of the fastest growing social media markets, and has the fourth highest number of Facebook users globally. New techniques to monitor trade and trends in demand are therefore urgently required to ensure that up-to-date information is being used to tackle unsustainable supply. An online version of the survey will therefore be made available and shared at singing contests, at universities, and via social media links to allow access to a much larger audience. Another exciting part of my project is using web-scraping to gather information on the habits, perceptions and beliefs of hobbyists, and subsequently using text-mining analytics to determine what key factors influence a bird’s popularity, and what species may become threatened in the future. The results from these online-based techniques will be compared with the results from the face-to-face survey to determine whether they represent a cost-effective means for collecting crucial data on bird-keeping in Indonesia.

Through combining these various methods (from face-to-face interviews to web-scraping), we aim to build a comprehensive picture of the drivers and factors that are influencing demand for cagebirds, to inform and create evidence-based intervention strategies that reduce the impact on wild bird populations in the long-term. Ideally, these methods will also be replicable to other instances where demand for wildlife is driving populations to the brink of extinction. 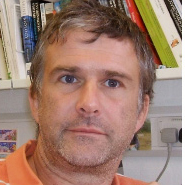